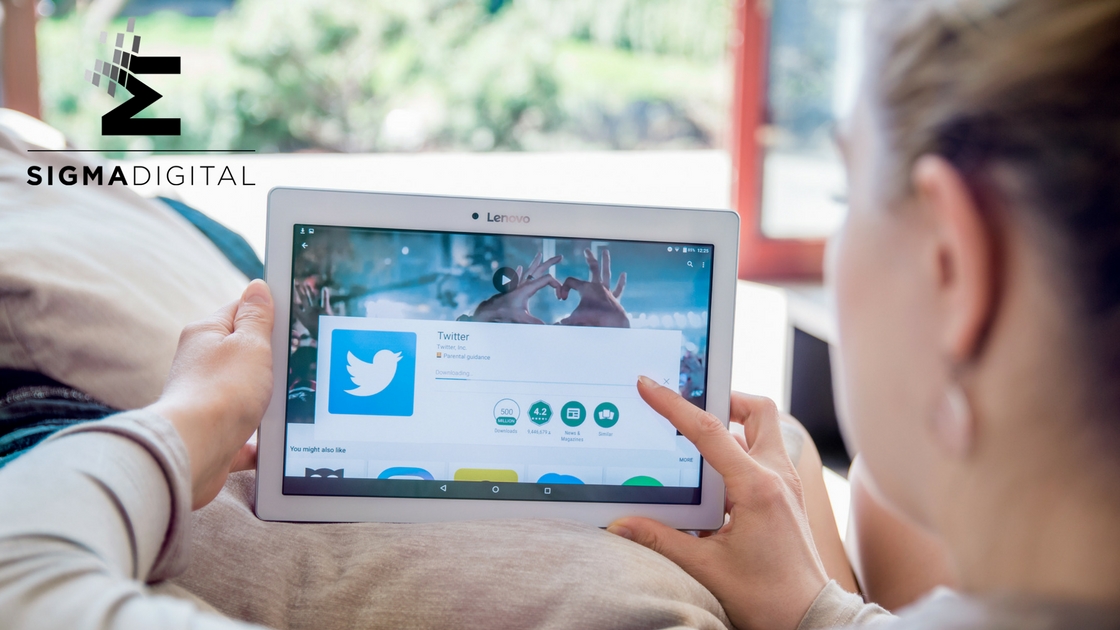 With the rise of technology thrusting the world of businesses online, it’s never been more important to have a noticeable online presence. From clothes shops to estate agents, every business should be working to get themselves a good spot on the World Wide Web. This is where digital marketing comes into play. So what exactly is digital marketing and how can it be of use to you?

Because of this, Twitter decided the expansion to 280 characters would only roll out to those languages affected by “cramming” – meaning everything but Japanese, Chinese and Korean – during the test period.

The decision was met with a fair amount of controversy, given that one of Twitter’s defining characteristics is the brevity of users’ posts.

Many argued that the increase to 280 characters would make Twitter less readable, as longer tweets filled their timelines.

Others suggested that Twitter’s focus on a feature no one really asked for was diverting its attention from more critical problems – like the rampant abuse, harassment and bullying it’s become known for unfortunately.

And still more argued that the expansion doesn’t really mean people will be able to better express themselves – they’ll just say the same thing, but use more words to do so.

One particularly funny tweet on that subject even went viral.

A redlined and edited version of Twitter CEO Jack Dorsey’s 280-character tweet demonstrated how it was possible to shrink the tweet’s word count down without losing its meaning. 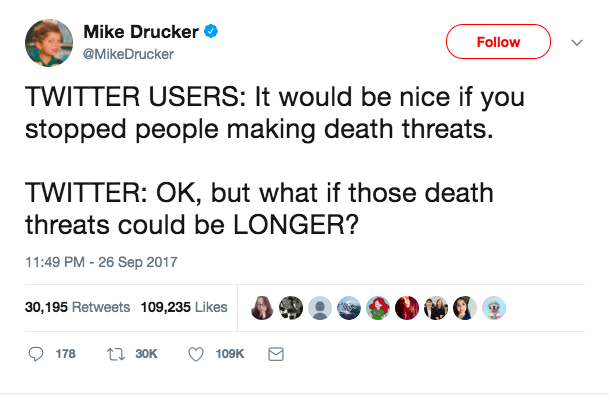 Twitter’s user base is somewhat split on whether the change would ruin Twitter. Tech media – outside of a couple level-headed responses – seemed to be opposed to the change.

However, the media – a group of largely power users lamenting the loss of an information-dense timeline – may not represent Twitter’s larger user base, some of whom have been begging for the feature since September.

In addition, one poll from last month found more Americans were in favor of the expansion than opposed to it, and the majority had no opinion.

However, Crimson Hexagon extracted sentiment data from 2.7 million tweets from Sept. 25 through Nov. 6 and found that negative sentiment is more prominent than positive (63 percent vs. 37 percent).

But it also noted negative sentiment – and discussion in general – has decreased since September.

In today’s blog post about the public launch of 280 characters, Twitter aims to assuage people’s fears that their timelines will fill with expanded tweets.

The company said that during the trial period, people continued to tweet below 140 characters most of the time – after the novelty of being able to use more characters wore off. Specifically, Twitter found that only 5 percent of tweets were sent out with more than 140 characters and of those, only 2 percent were over 190 characters.

It also said that many of the goofy things people did once they gained the ability to tweet more – like writing only a few characters per line to make extra-large tweets – were only a temporary effect. (Though it expects many people will do this again with the public launch.)

Notably, Twitter claims that those who had more room to tweet received more likes, retweets and @mentions, gained more followers, and spent more time on Twitter. However, it didn’t quantify these findings with hard data.

Its sample size was likely small, though. Twitter tells us that only a “single digit percentage” of its user base had access to 280 characters during the test period. (Twitter today has 330 million monthly users, as of its Q3 2017 earnings.)

At the end of the day, it’s this engagement data that’s driving Twitter’s decision here. The company believes that the key to growing its user base is making the service easier for newcomers. Reducing roadblocks – like the inability to finish a thought – could help with that. (Arguably, creating a non-toxic community where online abuse is seriously addressed would be more helpful.)

The rollout of 280 to all supported languages should complete in a few hours after today’s announcement at 1 PM PT, we’re told.

Digital marketing agencies are a great way to help you organise and implement a strategy that will work for your business. At Sigma Digital, we treat every brand completely uniquely, with no two strategies being the same. We’ll help you with everything from re-designing your website to providing you with top quality content for your blog. When you hire a trusted digital marketing agency, you can rest assured that the job will be done right.